We were delighted to host the event which will see the rotary club donate funds to End Polio Now, the organisation dedicated to eradicate polio, and local charities.

The 2019 Swimarathon was the biggest so far with 86 swimmers made up of 14 organisations pulling together 20 teams. 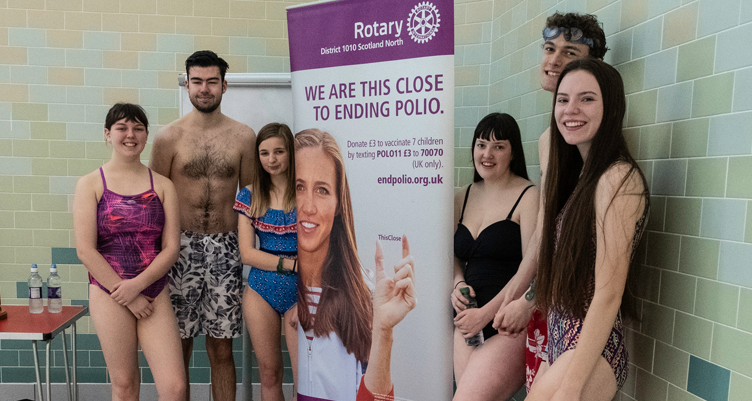 Sponsorship money is still coming in and the Dunfermline event is expected to raise several thousand pounds.

Polio still affects children in Afghanistan and Pakistan and, until the virus is finally eradicated, poses a risk to children all over the world. All donations to the campaign are tripled by the Bill and Melinda Gates Foundation.

Event organiser Janet Lowe said: “We are delighted with this magnificent double marathon swim. The Carnegie Leisure Centre is a fantastic venue and all of the staff there went out of their way to be helpful. Everyone enjoyed a great day. We are proud to be supporting local charities as well as Rotary International.”